You may be asking:

"Why aren't my sitcom scripts getting me noticed?"

Or maybe you're wondering:

"How can I get feedback on my sitcom script?"

Let me tell you the 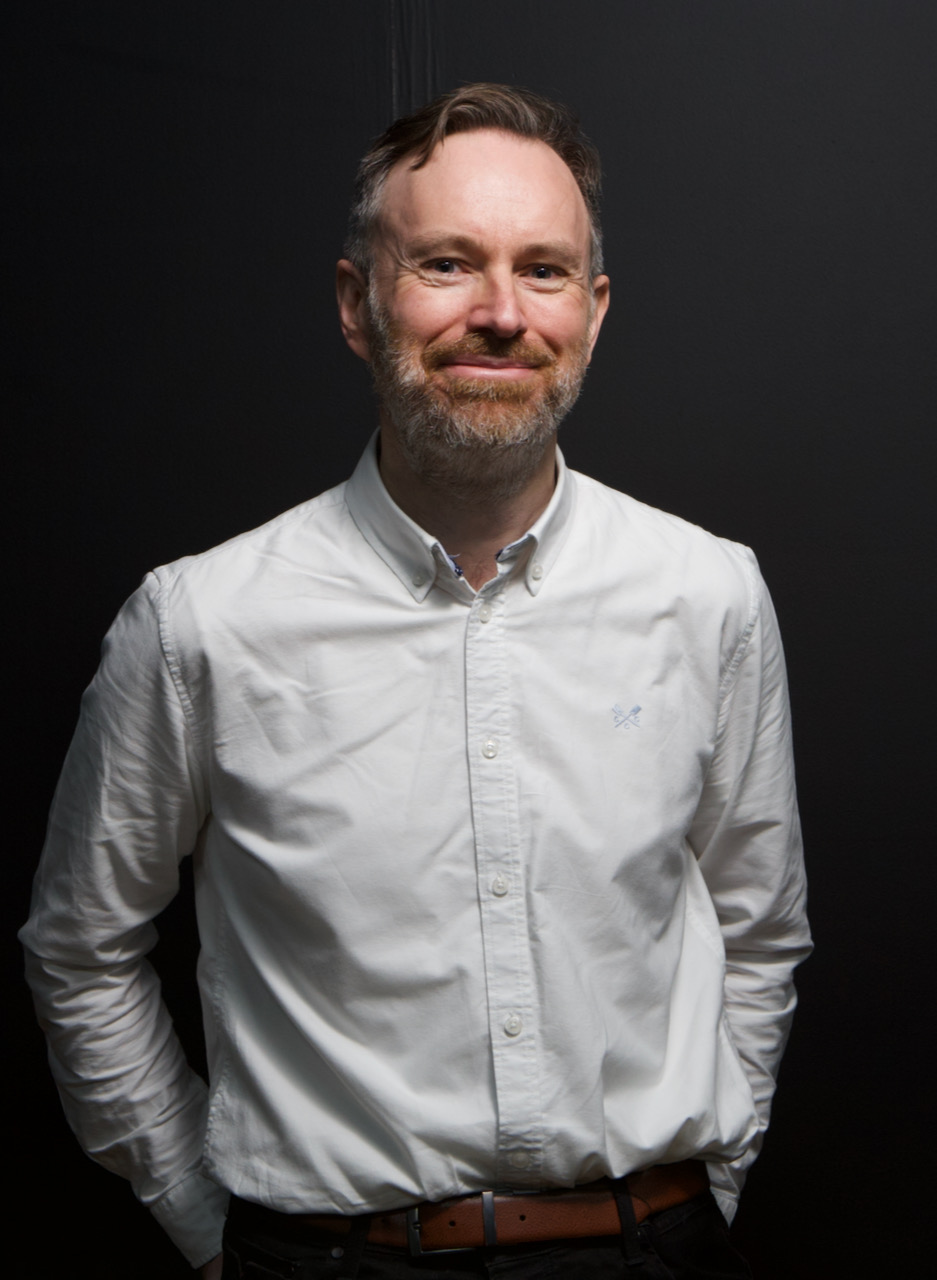 It's REALLY competitive out there. The Sitcom Geeks/Hat Trick competition had nearly a 1000 entries.

The BBC Writersroom usually gets 3000+ scripts for comedy dramas.

But your scripts are okay, right?

Maybe you're making mistakes without realising.

So find out what they are, how to avoid them and fix them so you improve as a writer. Avoid all of the mistakes, and you really will stand out.

I've been reading a LOT of pilot sitcom scripts recently, and there are 14 common problems. They come up time and time again. And most scripts are making three or four of these mistakes.

But I'm not just going to tell you what they are, but how to FIX them.

14 Problems with your Sitcom Script contains loads of concrete actionable advice based on 20 years as a professional comedy writer, starting with Think the Unthinkable back in 2001 on BBC Radio 4, through My Hero (BBC1), My Family (BBC1), Hut 33 (BBC Radio 4), Another Case of Milton Jones (BBC Radio 4), Miranda (BBC2/1), Bluestone 42 (BBC3/2), Citizen Khan (BBC1), Almost Never (CBBC) and Shakespeare & Hathaway (BBC1). Plus mentoring for BBC Writersroom and the National Film & Television School.

If you avoid the mistakes in this PDF, your script WILL be better.

AND you will be learning habits so that you improve as a writer.

Find out what ALL 14 mistakes are in this accessible 53 page PDF plus a bonus video in which James runs through the 14 problems - plus one extra problem explained: Problem Zero!

In the PDF & video, you'll discover:

How to make your script tighter and find cuts

How to get your characters MOVING

How to avoid scenes that just aren't going anywhere

Hacks and tips on those scenes that feel flat

How to improve dialogue

How to make your characters more memorable 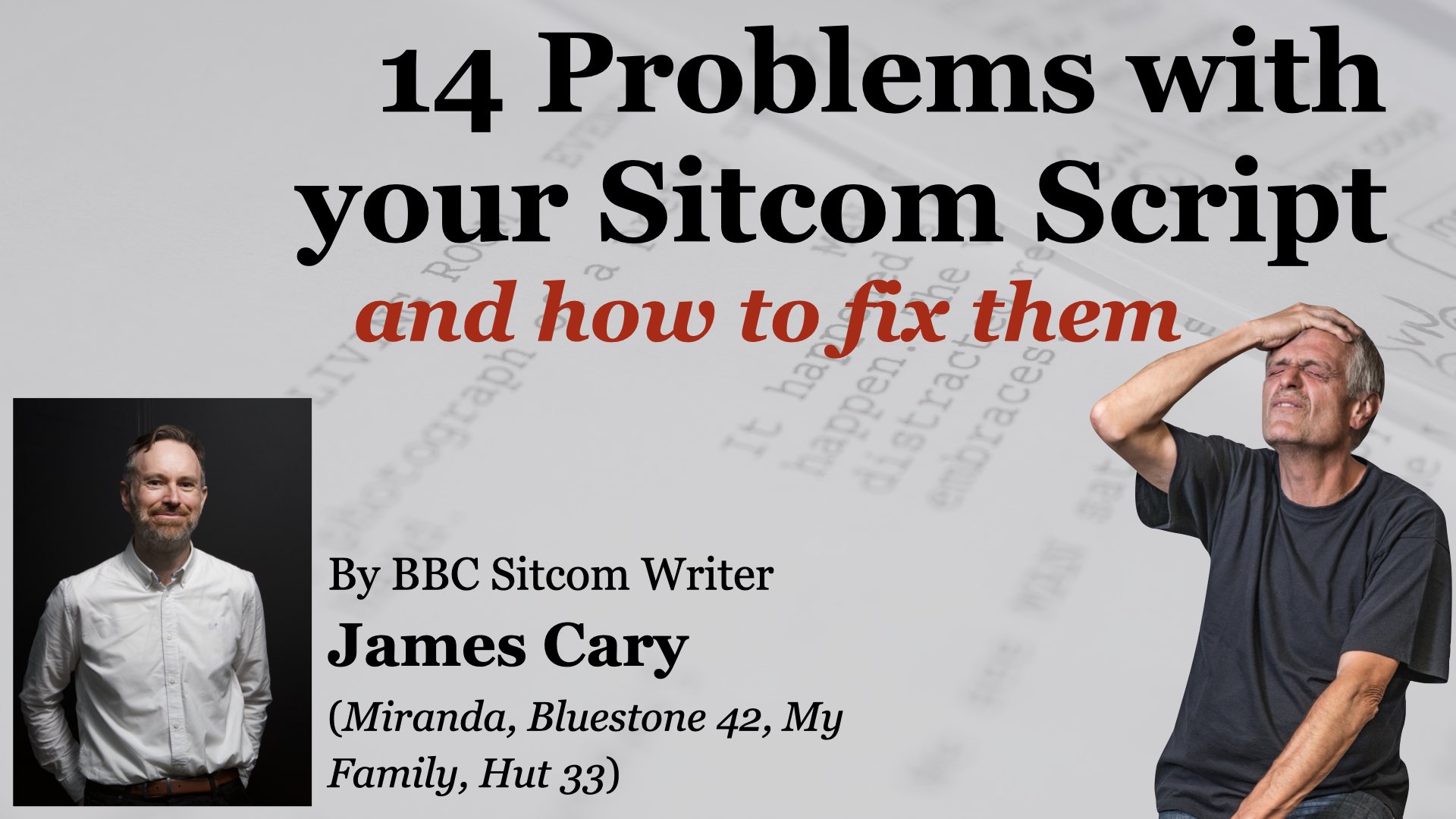 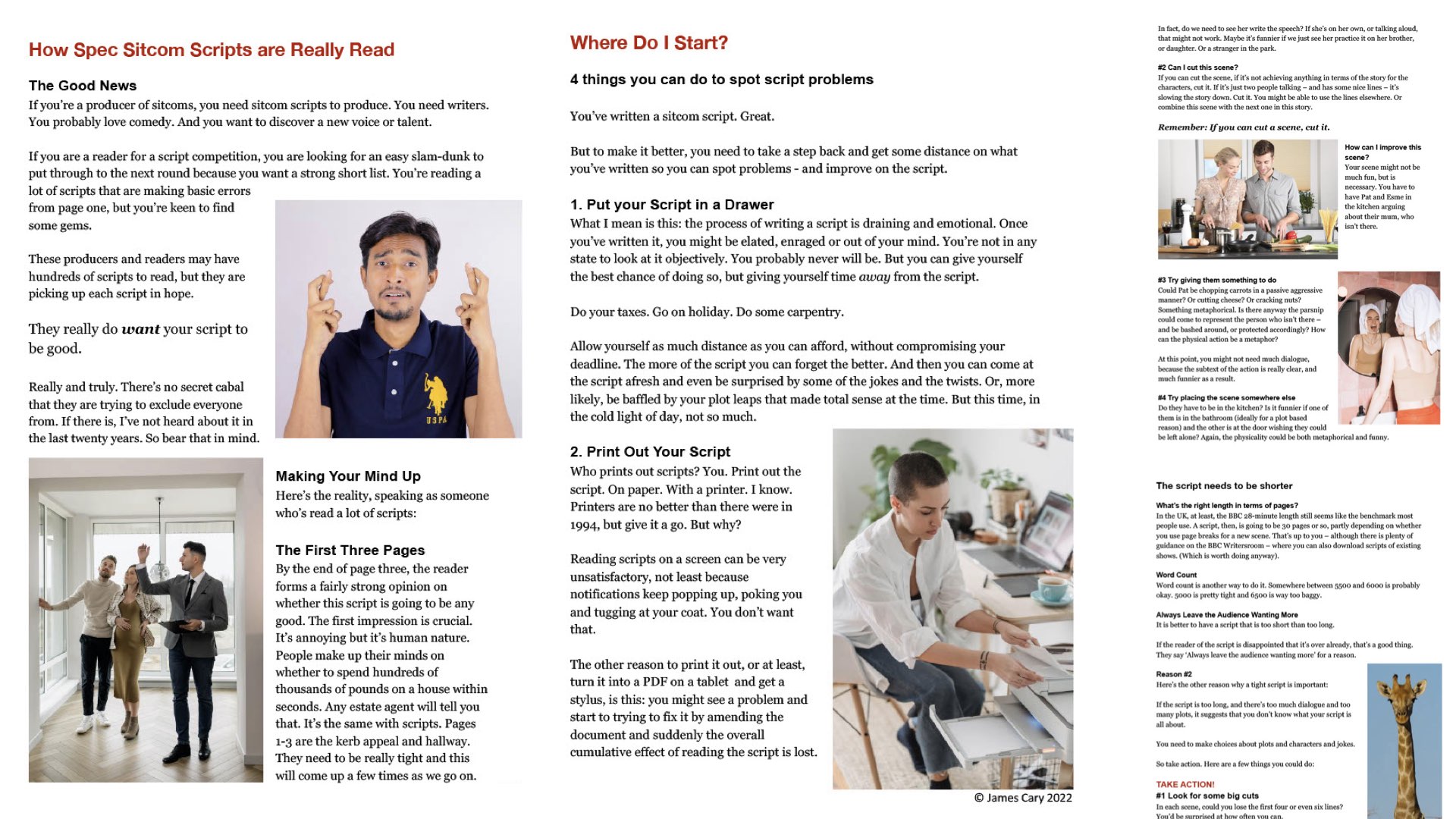 And find out how scripts are really read

and therefore what your script should really be trying to achieve.

PLUS a BONUS 90 min video

running through the 14 Problems.

PLUS a superior audio mp3 of the video.

You can be sure this PDF and video really delivers what you need to know.

If you read the PDF and watch the video and apply the lessons to your script and decide you've not had your money's worth, claim a 100% refund. No questions asked. No joke.